If you’ve ever been to Playa del Carmen, you’ve probably heard of Xcaret. This immense nature and culture park lies just five minutes south of the city, offering spectacular shows, an underground river, tons of colorful animals and plenty of Mexican flavor right by the Caribbean Sea. Every year, Xcaret hosts their famous Festival of Life and Death, celebrating Mexico’s Day of the Dead traditions. Held in the final days of October and the first days of November, the festival has Day of the Dead altars, skull face painting, Mayan shows, classic Yucatan cuisine, fun workshops for kids and adults, music, concerts and the list goes on and on.

At their recent press conference, Xcaret revealed some of the details behind this year’s upcoming Festival of Life and Death:

This year’s festival symbol will be the mythical Xtabay, a Mayan legend of a woman with long, dark hair who stands beneath a tree to lure men into the underworld. The beautiful Xtabay art on the festival’s posters was created by an Xcaret park employee.

The guest of honor will be the Mexican state of Campeche, who will represent their culture with folklore, dance, performance and art.

Renowned Mexican opera singer and actress Regina Orozco will be headlining the festival on October 30 and 31. Set in the park’s immense Gran Tlachco theater, her “Regina Catrina” performance will be a combination of fun and macabre.

While at the Festival of Life and Death, visitors can also visit the colorful hilltop cemetery, try a variety of delicious local recipes, participate in a Mayan chocolate workshop, and view all kinds of exciting cultural performances in celebration of Day of the Dead. Don’t be surprised to see a few skeletons and Mayan warriors walking around.

Festival of Life and Death 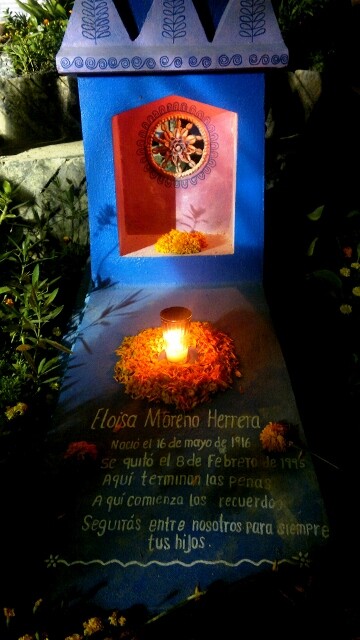 The Festival of Life and Death 2013 will take place at Xcaret park on the nights of October 30 – November 2, followed by a Day of the Dead celebration at Parque La Ceiba in Playa del Carmen on November 3.

All-day park admission: $89 USD from 8 am to close

Residents of Quintana Roo, Yucatan or Campeche: $199 pesos adults and $99 pesos kids. Free for children under 5 years. Please bring an official ID (IFE, driver’s license or FM3) to prove your state of residence to receive this discount.

For more details and itinerary info on the event, check out the Festival of Life and Death website.

Don’t Worry About Transportation on Your Next Holiday

STAYING FIT ON AN ALL INCLUSIVE VACATION

Best Time to Tan | How To Get That Perfect Tan