The next morning, still completely unaware of how far Bryana had fallen in love, Grandma and Grandpa knocked on the kid’s door on their way to breakfast. Her dad warned them that Bryana was deeply saddened. Shane had been scheduled to depart the resort an hour earlier. He knew her room number but left no message, no call. Nothing.

It was a long walk from their beach section rooms to the Festival Grand Buffet for breakfast, but not long in steps; long in heartfelt agony. Only then did everyone understand what was going on. The morning music wafted through the air as they walked quietly past the main pool. 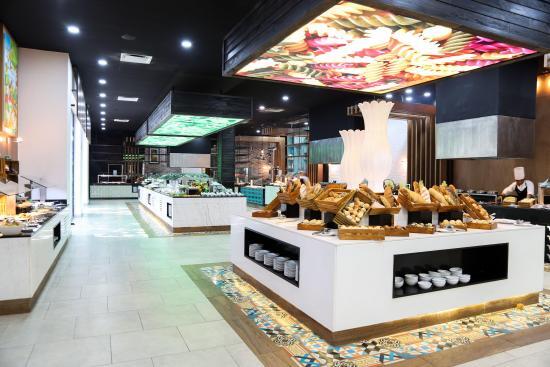 “Even the music is sad,” Bryana groaned, with tears in her eyes

Heaping piles of food on their plates, they grabbed a table nearest the Plaza and sat silently eating their breakfast. It felt irreverent to exude joy about anything in that moment. Then it began to rain torrents.

“Even the angels are crying,” Grandpa said in response.

With that, Bryana’s shoulders shuddered and heaved, and she began sobbing inconsolably.Then Grandpa told himself that despite the more than 4,000 miles to the Netherlands, he would find Shane.

And he did, with the help of his son-in-law. Well, kind of.

Within days of returning to Chicago, Grandpa and Bryana’s dad found Shane on Facebook. For several months thereafter, Bryana and Shane maintained a long distance relationship.

Reality being what it is, they both learned that such relationships don’t work; not when you are of limited age and limited means.

Sweet memories remain and a profound curiosity of what might have been…and of what might yet be, if only their paths should meet…just like it happens in all the romantic movies Bryana so enjoys watching with her Grandpa.

The couple still has time to continue their love story, and Sandos Playacar looks forward to their visit with open arms, while the Groups & Weddings team knows they will have to be patient.

Note: This happened in August of 2011. Remodeling has changed some of the mentioned scenery on the posts.

If you want to live a love story like Bryana’s, book your vacation at Sandos Playacar and ask your concierge for a romantic amenity.

Striking Back Against Global Warming

Travel to Spain in a group