If for this Day of the Dead you are looking to make the perfect Altar de Muertos, read on and discover that it is very easy to keep this long-lasting Mexican tradition alive!

Not everything is about Halloween during these dates! Surely you have heard about Day of the Dead, the perhaps most famous and beloved tradition for all Mexicans. An event that consists of a series of elements and planning, one of the most popular traditions being the Altar de Muertos, a domestic structure used to make offerings to deceased family and friends.

According to Mexican traditions and beliefs, the Altars de Muertos are an offering that serves as a physical element for both the soul of the deceased and their loved ones that are still alive, which the deceased use to visit and savor all of the things he or she enjoyed during their life.

What day does the Altar de Muertos go up?

If you are wondering what day exactly to put up the Altar de Muertos, we recommend as soon as possible! According to tradition, on October 28th, we celebrate the lives of those who tragically lost their lives, while the 30th and 31st are for the children who were not baptized. On November 1st, we will celebrate all of those deceased who lived an exemplary life, so that on the 2nd, all of the souls are celebrating and enjoying this day instead of crying for their deaths. During Day of the Dead, life is celebrated, not mourned! 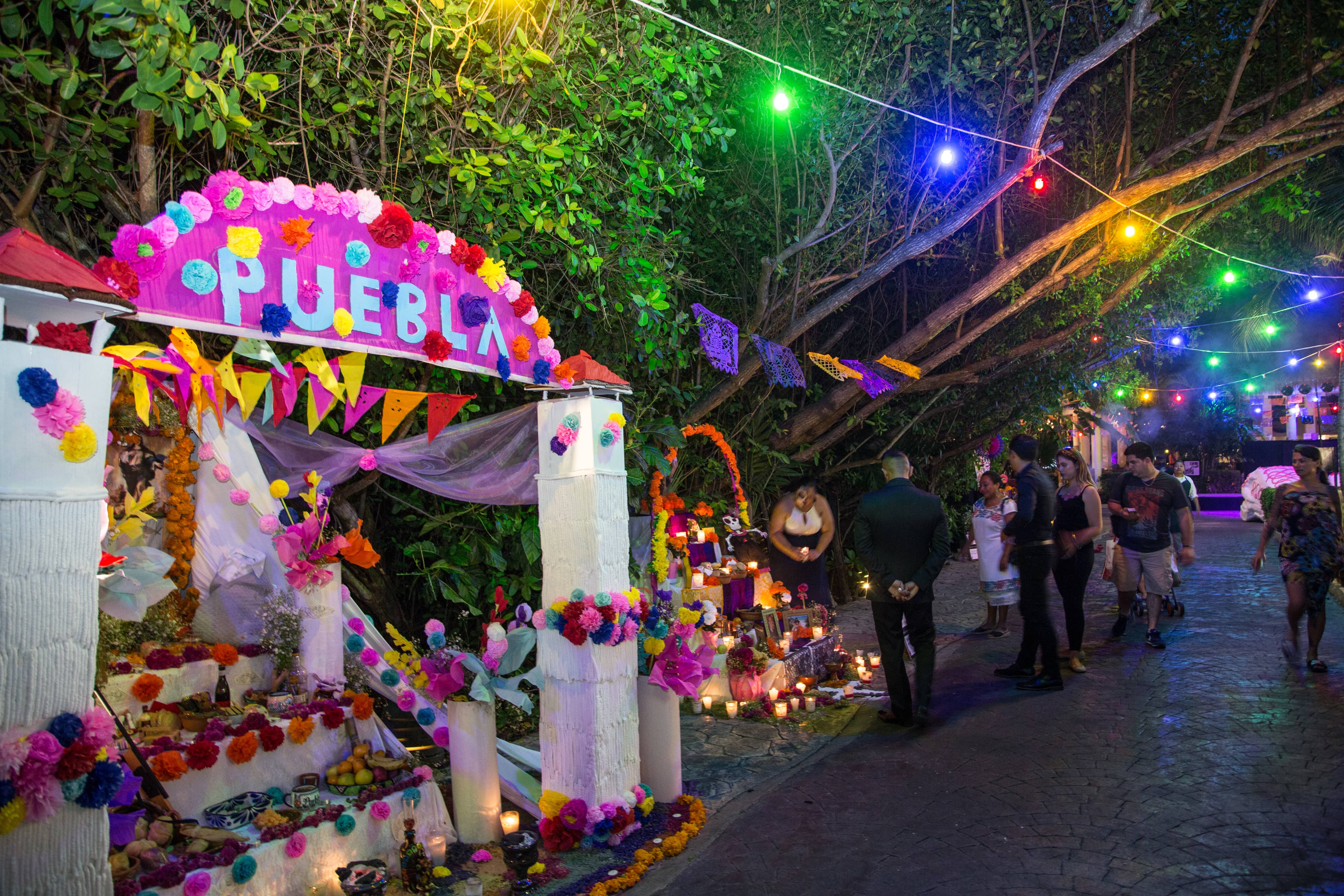 Well, if you have decided on the date to put up your altar, it’s time to decide what kind of altar you want. If you’re going to keep it simple, we recommend an altar of about 2 or 3 steps! But, if you want to go big and dedicate a large space to this celebration of life, a traditional altar consists of about 7 levels!

The 2-level Altar de Muertos compromises of heaven and hell, while the altar with 3 levels incorporates the underworld as well. The 7-step is the most elaborate, covering each of the necessary steps to rest in peace after death. 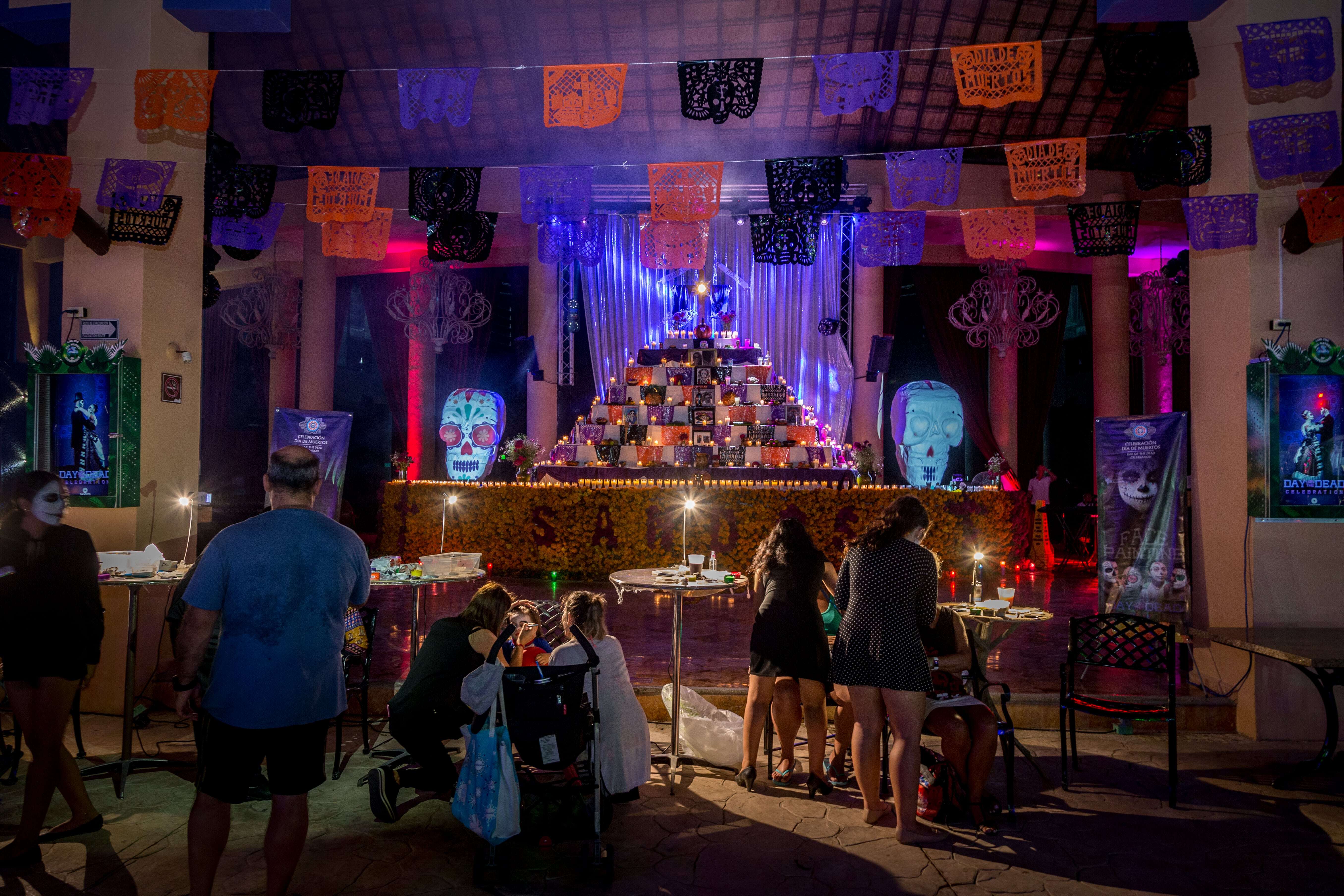 A 7-level Altar of the Dead

A homemade Altar for the Dead consisting of 7 steps or “floors” should be lined with paper or cloth, alternating between two colors, preferably black and white.

Going from the top to the bottom, this cultural display must have the image, either in photo, painting, or drawing, of the deceased on the highest part. The second step, which must remain empty, is dedicated to the souls of purgatory, in which they can ask permission to go out and visit their relatives during the celebration.

On the third step, salt is placed to purify the spirits, especially those of children. On the fourth level, pieces of the traditional Pan de Muerto are placed, while the fifth step includes the deceased’s favorite foods and drinks.

For the sixth level, another photo of the deceased will be placed, since an altar as large as this can be dedicated to more than one person. On the seventh level, a cross will be placed, either with seeds or flowers (there are even those who make it from the ashes).

Did you know that the Day of the Dead has been declared by UNESCO as an Intangible Cultural Heritage of Humanity since 2003? 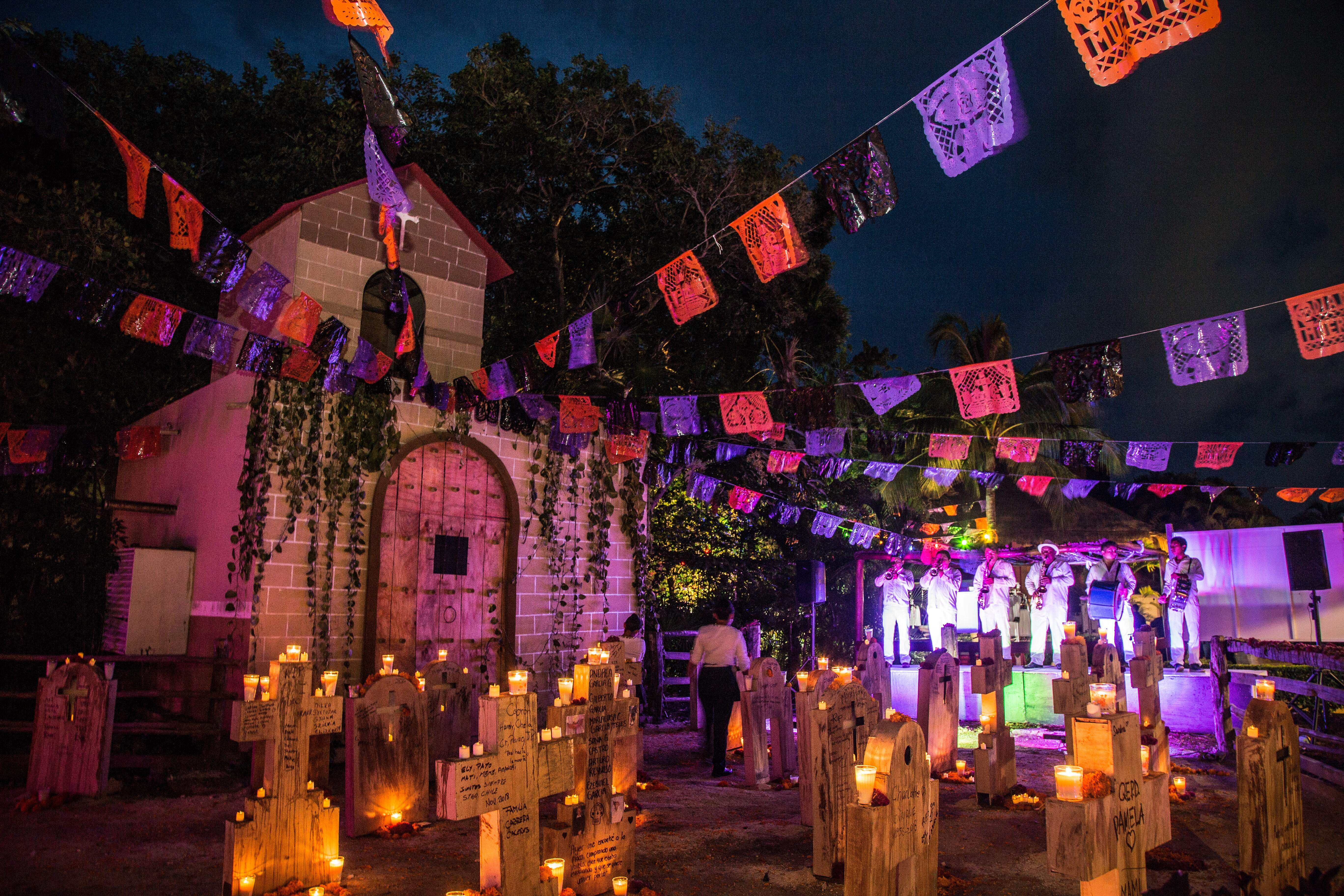 What should an Altar of the Dead be decorated with?

The elements that an Altar of the Dead MUST possess are:

Finally, we want to remind you that although it is a celebration full of remembrance, it is still a celebration, so we recommend using all of your creativity in the pursuit of reminding your deceased what they brought you in life, those joys, lessons, benefits, and even the bitter memories that eventually become bittersweet. After all, it is only a matter of time that you reunite with your loved ones, but at a new and magical level. 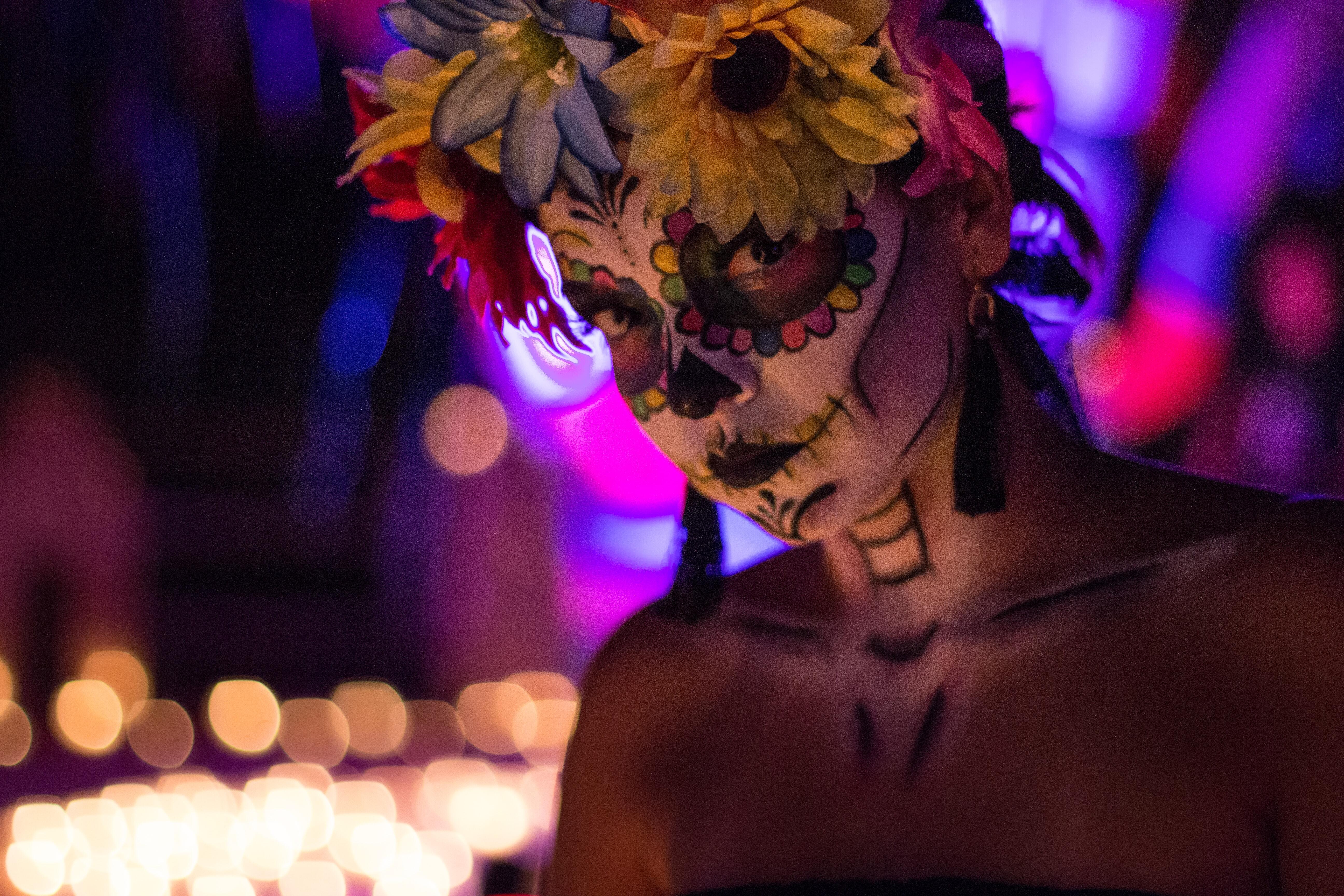 If you want to see traditional Altares de Muertos this Day of the Dead without having the hassle of creating your own, you definitely won’t want to miss the celebration as it arrives in Sandos Caracol! Within the jungle, situated between natural cenotes, flora, and fauna, Sandos Caracol spares no expense bringing traditional foods from every region of Mexico ancestral cooking classes, typical dances, crafts, a contest between staff for the most incredible Altar de Muertos, music, the traditional parade of Catrinas and Catrine’s, the imposing Mexican pantheon, concerts, offerings, and ceremonies. Everything that makes this monumental celebration great comes to Sandos Caracol, leaving a mark not only on your vacation but on you and your family’s life!

MORE ON DAY OF THE DEAD

Much More Than Just a GYM

Mayan Celebration of Life and Hope

Cabo Comedy Festival Is On Its Way!