Drought in the Canary Islands is a very serious problem for farmers. The water tanks are almost empty and the environment is very arid. Some birdwatchers wonder lately where are th
e birds of the area. Well, the guides of the Environmental Reserve of Sandos San Blas have reported that in recent days have seen an increased presence of birds of different species in the area.

These officers, who in addition to dealing with visitors, are connoisseurs and lovers of local flora and fauna, have managed to identify at least 10 different species who are both native and common in addition to some migratory birds that had never been seen before in this Environmental Reserve , located in South Tenerife. 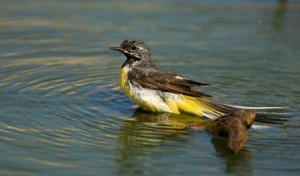 Due to lack of water, the dam of San Blas , not exploited for irrigation has become a haven for birds such as the Coot and the Gallinula. However, in this time of the year the Reserve’s star is indeed the Whistling Duck, a migratory bird that, in these months comes from America on his way to India and spend no less than four months in the Canary Islands, ‘in all inclusive board’, because places such as San Blas has more than enough food and water for the season. Once Reserve Managers have reached counting 50 of these specimens.

“It’s a treat for our eyes,” said our friends from the Reserve. If you are fond of birds, come discover the Reserve, surely there are some sighting waiting for you.

Striking Back Against Global Warming

Initiatives for reducing environmental impact you can do at home

Solar heaters: the green option that takes care of the planet.

How to choose a hydrating mask according to your skin type

The Guide to Preparing the Best Mexican Recipes at Home