Scuba diving with bull sharks in Playa del Carmen may sound like the last thing you would want to do on vacation, but every year from November to March hundreds of people come to Playa del Carmen to have close encounters with large female bull sharks.

Whether you are looking for an adrenaline rush or an opportunity to photograph bull sharks in their natural environment, are professional shark divers will ensure that you have one of the best experiences of your life.

Are There Sharks in Playa del Carmen?

It’s really quite unusally to encounter a shark in Playa del Carmen unless it is a nurse shark.

Now when you think of shark diving you probably think of Cocos Island, South Africa, French Polynesia or cage diving in Isla Guadalupe, but not many people know that Playa del Carmen offers great shark diving from November. There are only a handful of spots where you can dive with bull sharks including Jupiter, Florida and Beqa Lagoon, Fiji, and now Playa del Carmen, Mexico is gaining popularity.

What makes Playa del Carmen one of the best places in the world to dive with bull sharks is the fact that the sightings are virtually guaranteed, the dive site is close to sure, the diving conditions are quite easy, and the visibility is generally 12m to 25m.

During the winter months when the Caribbean Sea cools slightly, a large number of pregnant bull sharks congregate in the waters around Playa del Carmen. As the water warms slightly the sharks move farther south to shallower water mangroves where they will give birth (or pup) to 10-15 live baby bull sharks. More than likely the female sharks that gather in Playa del Carmen will later give birth to hundreds of baby sharks. 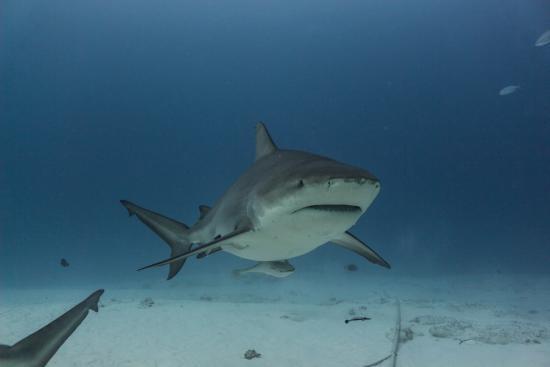 A large number of pregnant bull sharks take the trip to the Caribbean sea during the winter months while the water cools slightly. As the weather warms up, they migrate towards shallower waters to give birth to 10- 15 baby sharks. It just so happens that Playa del Carmen is surrounded by many mangroves providing the perfect shallow location for these baby sharks to be born!

The birth of these beautiful bull sharks not only continues to populate this fascinating species, but it provides scuba divers, underwater photographers, wildlife lovers, and adventurers the perfect opportunity to gaze upon these incredible creatures! 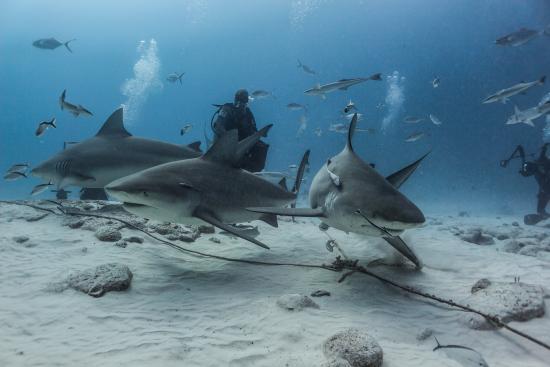 Are Bull Sharks Safe to Dive with?

Yes, bull sharks are safe to dive with, but diving itself is a sport that can lead to injuries. The most dangerous part of bull shark diving are divers not paying attention to air consumption, safety stops, and basic diving safety protocol due to the excitement of seeing bull sharks. This why Scuba Libre ensure that each group of divers are accompanied by 3 or more dive masters to keep an eye on everyone while they observe the calm bull sharks.

Not so long ago the sub-population of bull sharks in Playa del Carmen were on the verge of extinction. Some fishermen from neighboring towns would regularly kill bull sharks by the dozens for sport fishing and entertainment purposes despite the fact that they knew they were murdering pregnant female sharks and effectively wiping out the next generation of ocean guardians.

Thanks to dive centers like Scuba Libre, shark diving is now a sustainable source of eco-tourism which means bull sharks are now protected. Shark tourism is becoming a viable source of revenue for a number of businesses and helps to broaden the perspective of business owners towards eco-tourism.

Scuba Libre is the in-house dive operation located inside Sandos Playacar, Sandos Caracol, and the center of Playa del Carmen. The owner of the dive shop was one of the first pioneers of bull shark dives in Playa del Carmen and the Riviera Maya. You can either book directly with the dive shop if you are staying in a different hotel, or if you are lucky enough to stay at Sandos you can simply stroll down to the beach and have a quick chat with one of the dive guides. 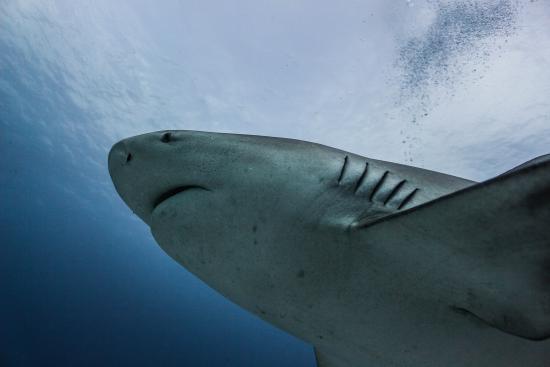 The dive site where you will encounter the bull sharks is very easy, there is even a rope for divers to hang on to while they observe the sharks. Three dive-masters will accompany each dive group, and the dive is proceeded by a detailed safety briefing (very exciting).

This thrilling dive also gives you the chance to see other marine life like turtles, octopus, and several Caribbean fish species. The dive requires little to no finning (swimming), as most of the dive will take place on the sandy bottom which makes the dive suitable for any level of fitness.

Bull sharks mainly hunt for sting rays and fish but are also know to turtles and crustaceans. Most of the hunting takes place in murky water where they can ambush their prey.

What makes bull sharks one of the most interesting sharks aside from their impressive size and intimidating appearance, is that they are one of the few sharks that can swim in both sea and fresh water. Bull Sharks can travel up rivers and enter water ways far away from the ocean. 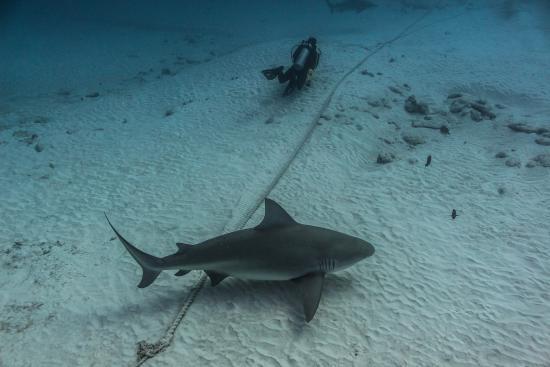 Bull sharks have been heavily fished, and by choosing to dive with them you are helping to protect this sub-population of bull sharks and getting the chance to do one of the most exciting dives you can do in Mexico.

All you have to do is come to Playa del Carmen, leave the stress at the surface, and take a dive with the bull sharks! If shark diving isn’t really your thing then there are plenty of other water activities to take part in around Playa del Carmen such as snorkeling.

Canary Islands: your perfect destination at any time of the year