The Mayan calender celebrates life and hope. According to archeological studies in ancient Mayan cities throughout Mexico and Central America, the Mayan calendar has three main counts or forms: The Lunar or Feminine Count (Tun’Uc), which represents the cycles of moon, the Tzokiln, recording the cycles of the sun, and the Long Count (Cuenta Larga), representing the cycles of the major planets in earth’s solar system. Many archeologists suggest that the Mayans believed that each Long Count could bring significant change and rebirth to their communities. 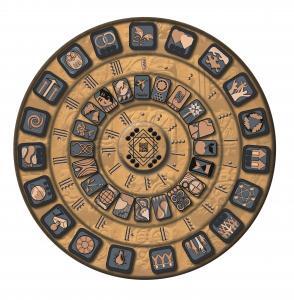 Mayan astronomers calculated this Long Count calendar and cycle, which has been supported by modern astronomical studies, with the most basic tools. They recorded these calendars in pictograms, etched in stone, that we, as modern visitors, continue to view today in the Mayan archeological preserves of Xcalacoco, Kohunlich, Coba, Chichen Itza, and Tikal.

The Mayan Long Count will end on December 21st, 2012, when all of the major planets in earth’s orbit will align in a cycle that only occurs every 26,000 years. Most modern investigators, and many modern Mayans, believe that the planets will then begin a new 26,000-year revolution or “Long Count” — a new cycle.

In keeping with our underlying mission and model of offering unique environmentally and culturally sustainable programs, Sandos Caracol Eco-Resort and Spawill present a series of Mayan ceremonies and cultural events created to mark the end of the Mayan Long Count.

On December 21-22, 2012 in Xcalacoco, we invite guests to celebrate a transition to the beginning of what we, and many Mayan leaders and scholars, hope will evolve into a new era of environmental sustainability and cultural consciousness, rooted in ancient Mayan beliefs and practices.

Sandos Caracol will present several events in honor of the Mayan traditions and communities that have, for centuries, existed on the indigenous Mayan land of Xcalacoco, located a side of Sandos Caracol Eco Resort & Spa property:

Help a Yucatan Village with Sandos

The Best Places for Diving in Cabo San Lucas

Don’t Worry About Transportation on Your Next Holiday