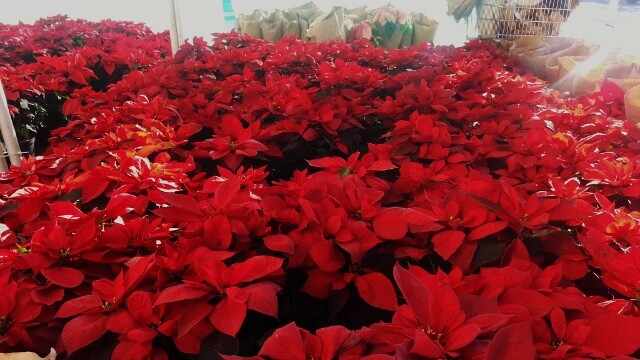 The Mexican flower origin of christmas decorations comes as quite a surprise to most. Land of sparkling beaches, mouthwatering tacos, centuries-old traditions and… Christmas flowers? Many of us associate the deep red tones of poinsettia flowers with cozy mittens, stockings over the fireplace and the wintry weather of Christmastime, decking our halls with these vivid plants throughout the month of December.

What you may not know, however, is that these “winter” flowers originally come from the warmer climate of Mexico! Here in Mexico, poinsettias even have an extra special name: noche buenas, meaning “Christmas Eves” in Spanish.

In fact, poinsettias were first used by the ancient Aztecs to make dyes and medicines, and they called the plant Cuetlaxochitle. 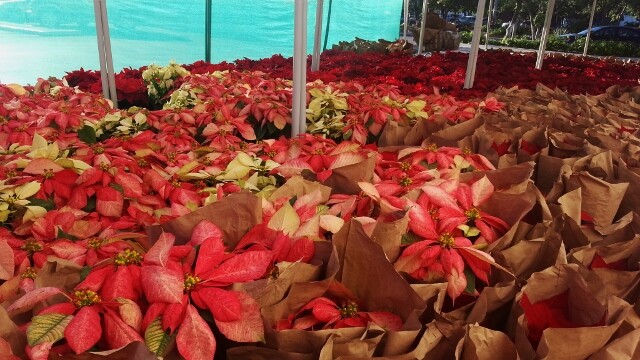 The poinsettia became associated with Christmas way back in 16th century Mexico. Legend tells of a young girl who was too poor to give Jesus a gift in the manger scene at her town’s church. On Christmas Eve (Noche Buena), the girl picked a handful of weeds from the roadside, the only gift she could afford, and placed them by the nativity scene. The villagers made fun of the little girl until suddenly the weeds bloomed into a beautiful red color while the girl knelt by the nativity scene in prayer.

It wasn’t until the 20th century that poinsettias became a popular Christmas decoration in other countries, namely the United States.

New Year According To Maya culture